You are here: Home1 / About the Instructor

Paul grew up in Los Angeles California. From his earliest memories he can remember developing a love and respect for fire arms. Being taught at an early age(6 or 7) by his father who was a WWII vet, Respect and Safety of fire arms was a top priority. He was lucky enough to have instruction from many friends of his fathers of the same generation and was dazzled and awe struck by  stories and news paper articles. To this day Paul feels lucky and honored to have known the many that he met as a child including Pamela Murphy, wife of Lt. Audie L Murphy the most decorated Veteran of WWII.

With the already vast knowledge and skills of shooting he entered the US Army days after graduating high school. During his time in the Army he qualified expert easily and was exposed to and used various weapons including the M-16,M-16 A2, M203, M-9, M1911,M60 machine gun, M2 50 cal, and various other german military weapons. Duty stations were from the states to Germany, and 2 years in Panama as Cadre in the US Army Jungle Operations Training Battalion, where he was in support element of 7th special Forces Group training soldiers.(favorite duty station)
Since the military Paul worked as a self employed Landscaper, woodworker, and guitar instructor for Central Texas College. Giving up self employment he worked on Fort Hood Texas as a civilian contractor for the Training Support Center helping aid in training our modern soldiers.
In 2015 Paul left the contracting world to pursue his love of teaching and firearms combined. Paul is now a certified License To Carry(CHL) instructor by Texas Dept. Public Safety. TPWD Hunters Education Instructor, NRA Instructor certified in Pistol, Rifle, and Range Safety officer. Other related Certifications involve Tactical Combat Casualty Care, First Aid for gunshot wounds, and he currently has an Active Killer(shooter) Interdiction class he can present at request and co-teaches with Lampasas PD.
For fun and extra knowledge he is also attending the Copperas Cove Citizens Police Academy with graduation set in June. 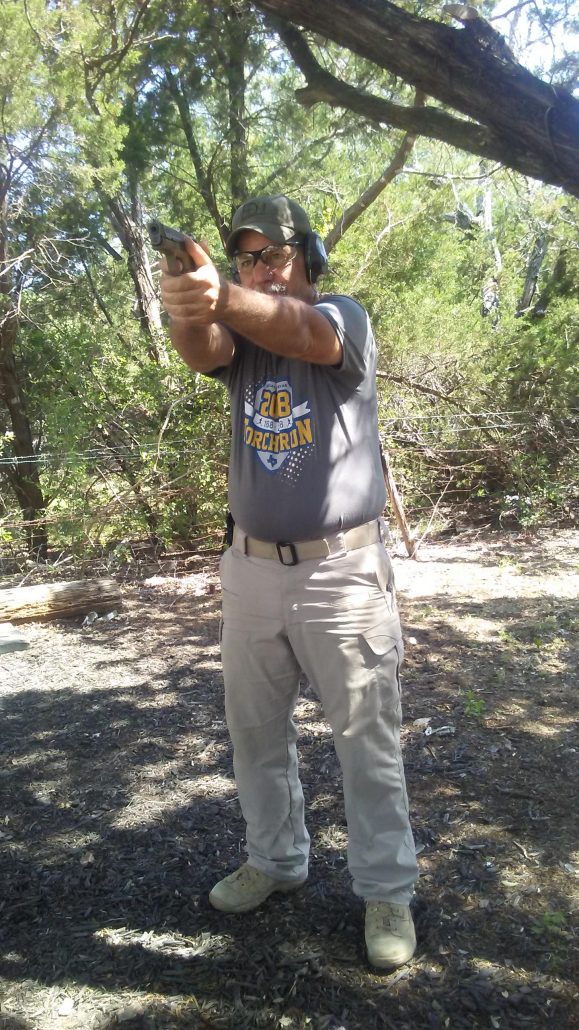