News
You are here: Home1 / News2 / Uncategorized3 / I just bought a new gun that I can’t shoot! 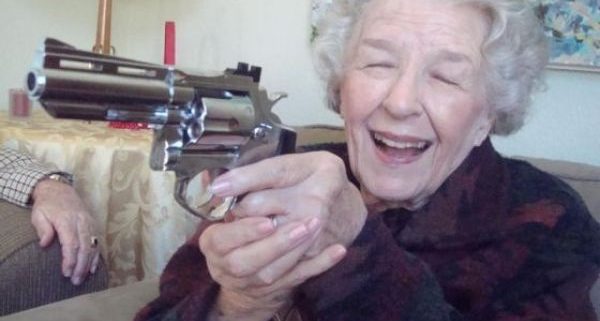 On average out of every 10 students or shooters I deal with, about 3 or 4 have a newly purchased handgun they are trying to shoot they are not comfortable with, and are not able to shoot it safely or accurately. Let me clarify I am not referring to a beginner student that just does not know how to shoot. Im talking about someone that purchases a gun because they think it will be a good gun for them by reviews, price, looks, or a recommendation.  Don’t get me wrong, all those reasons are very important and yes, those subjects need to be researched however; all the “research” in the world will not tell you if that particular gun will be comfortable for you to shoot.

I am going to gear this toward the selection of concealed handguns for protection through concealed carry. This is important because there is a huge difference between a full size frame you might use for target practice verses a gun made small enough for you to carry on or about your person throughout your daily activities.

If you are a beginner my advice is to learn how to shoot a handgun 1st, before you purchase a handgun for concealed carry purposes. By using the comparison between a rifle(long gun) vs. a handgun(short gun) we know a long gun is way more accurate than a pistol at longer distances. The same deduction can be made comparing a full size pistol with a longer barrel to a smaller concealed carry pistol with a shorter barrel.

Understanding that very small handguns designed for conceal carry are not conducive for a new shooter to learn on. It is possible however most attempts end in severe frustration, and many dollars spent on ammo. Several students have picked up a small pocket gun because they have small hands and think the little gun will be easier to shoot. It is just the opposite. Do not buy a gun because it looks CUTE. I have a small .380 that has more kick than my full sized frame pistols because a small pistol puts all the recoil on your arms because it is so small.  With that being said learn how to shoot before you decide on a gun you want to purchase for carry purposes.

Once you are at that point and ready to purchase a gun, how do you know if you are getting a gun you can shoot. With any purchase there are several things to consider, and research. Lets get started and check out the main things you will need to look for in your selection. With so many things that can be considered I am narrowing the criteria down to 4 requirements that all might play off each other and need to link up together.

Taking all the above into consideration research and pick out your firearm. Do your best to actually shoot that model before you purchase one for yourself. At a minimum find one at your local gun store and put your hands on it. Operate it and ask if you can dry fire it. Make sure it feels okay and is within your skill level.  Try and get some competent instruction and coaching.

On a last note I feel I would be derelict in my advice if I didn’t touch on the cosmetics of a gun purchased for carry purchases. Understanding that the cosmetic look of your gun has nothing to do with its function, but it might affect the outcome of a jurors mind should you find yourself on trial after using a gun that had a cerekoted blood splatter pattern on it. A pink gun might look cartoon-ish to some that dont know fire arms. A simple thing like bling, or color might make that juror think you dont take gun ownership serious because it looks like a cartoon. Imagine an incident that involved yourself and another that had a gun as well. During the trial those jurors will probably be looking at 2 guns on an evidence table the entire time. If yours is pink and raspberry with bling on the grip, and the other gun is just a plain Jane black gun, what gun is everyone looking at the entire time. Yes you guessed it, your pink one. It might be cute, and thats great if thats your style. Use it for target practice but do yourself a favor and dont use a gun like that for self defense. Im not saying you will loose a case but you will be placing another speed bump in the path of your lawyer that he or she will have to drive over.

Until next week, keep em tight around the x ring,